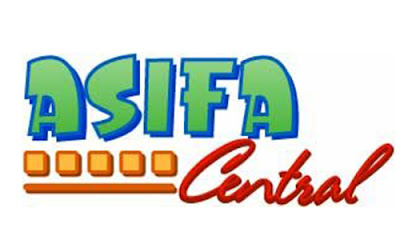 Well, if you weren't there the other night, then you really missed out.

In January, ASIFA Central continued with it's series of bi-monthly "Animation Showcase and Animators Open Mike Night" events at the Wealthy Theater in Grand Rapids.

The screening started at 7 p.m. with a selection of films from the ASIFA San Francisco International Animation Day program followed by an hour of "open mike" screenings where members (and non-member attendees) showed works recently completed, or works-in-progress, to the audience.

Personally, I showed two shorts. In keeping with my New Year's resolution to produce one animated film per month, my talk was about getting back into traditional animation after doing so much computer animation and video work for my job over the past fifteen-plus years. When you don't use them, the drawing skills atrophy and the muscle-memory starts to forget. But when you're going to make the jump back into hand drawn animation, what do you do when you're staring at that blank sheet of paper on the table, unsure of what to draw?

In my case, I chose to pull a book off of the shelf and work through the exercises.

The idea started off as I had already been developing an interest in X-Sheets--something that was never covered in any great detail during my education, even though I used them in one form or another across various animation software platforms. I'm currently learning Dragonframe 4.0 and the traditional vertical X-Sheet (dope sheet) is very close to how they're organizing their "cel" and sound layers window. During my research, a quick search on the internet presented me with some blank X-Sheet PDFs, but not a lot of instruction on how they were traditionally filled out and used during production. However, a lot of people in online forums pointed towards a very good explanation of how X-Sheets are used in Tony White's The Animators Workbook. And since Mr. White's book is chock full of explanations and examples (organized in bite-sized chunks and lavishly illustrated), it seemed like a good place to start. The animation I produced is not festival-worthy, or even very complex. However, it got me back behind the drawing table and also enabled me to work with Dragonframe (both for frame capture and playback as well as the cinematography settings panel for my DSLR camera). I'm hoping to have another exercise done before the end of the month. That way I can claim "two" animations for January. :)

The second animation I presented was my "RITchie" time-lapse animation from R.I.T.'s homecoming in Fall of 2017.

This was one of those 'hey, I'm an animator so why not?' animations. I attended homecoming in 2017 as it was my 20 year anniversary and I really wanted to stop by and reminisce about my time there with friends as well as catch up on what we've all been up to over the past two decades. Well, as I was planning out my schedule, I had a free evening so thought I'd take in one of the scheduled art events, namely: paint night. During this event, you're provided with an old record that had been covered with white primer. You then trace an image of Ritchie, R.I.T.'s mascot, and follow along with the group instructions to paint him.

'Well, I'm an animator', I thought. 'And an animator animates.﻿' So, to make the most of this opportunity, I quickly bought a tripod, Bluetooth remote, a stop-motion animation app for my iPhone, and an attachment to connect my iPhone to my tripod. I arrived at the event with equipment and supplies in tow. The ladies running the event were intrigued with my idea and helped me set up on a table that was out of the way of the other attendees so as to prevent bumping of the table or tripod. Over the rest of the evening, I did a little painting, took a picture, did some more painting, and took more pictures until "Ritchie" was complete. The app I used, 'Stop Motion Studio', was very powerful and easy to use for the price. While I don't see myself using a lot of the special effects features in the app, the camera controls, onion-skin feature, and exporting features make it my new go-to app for on-the-run animation.

Well, that's all for now. In February, I'll be posting another animation and in March, another report from ASIFA's next Animators Showcase and Open Mike Night. Stay animated!


"Your aim must be to find what kind of talent you really have and to develop it. Animation is basically not so much a technical implement as the expression of the spirit behind it. To see that that spirit goes into your shooting must be your overriding ambition."
~ Lotte Reiniger
Shadow Puppets, Shadow Theatres and Shadow Films
pp. 117-118