This Saturday, February 4th at 7 p.m. PST (10 p.m. EST), ASIFA Hollywood will be streaming the annual Annie Awards, a celebration of the best our industry has to offer.

Congratulations to all the nominees!
Posted by Charles Wilson at 12:00 AM

Earlier this week, the Academy of Motion Picture Arts and Sciences released the nominations for the 89th Annual Academy Awards.

A lot of feelings regarding this year's nominees. On the one hand, I'm very happy to see that Kubo and the Two Strings was nominated in not one, but two categories. 'Kubo' was a beautiful film that deserved to do far, far better than it did in the box office. Travis Knight and the talented folks at Laika continue to impress with how they push the boundaries of stop-motion animation with every film they release.

And I'm very excited to see that Studio Ghibli was nominated for The Red Turtle. While a joint production between Ghibli and director Michaël Dudok de Wit, having followed the films of both for years, I'm really excited to see this film.

One sad note regarding the selections this year, there was only on female director nominated and it was for a co-directed film: Cara Speller for Pear Cider and Cigarettes. I'm not going to go off on a rant about the number of women creators in animation, however, I find it a little incredulous that there weren't enough women filmmakers making Oscar-worthy films in 2016 to garner more than one nomination, and for a co-directing position at that.

So, if you follow my sister-site 'The Women of Animated Film', this year is a little bittersweet. I was hoping to see more, especially after watching the trailer for the film Once Upon a Line, directed by Alicja Jasnia, which was in the running but didn't make the shortlist.

Also worthy of note are the additional nominations in separate, non-animated categories:

As always, for those who would like to see these short films before the awards ceremony, they will be playing at the Detroit Institute of Arts' Detroit Film Theater in January and February.

The schedule from the DIA's website is as follows:

The Academy Awards will be broadcast on Sunday, February 26, 2017.

* The Academy Awards and the Oscar are registered trademarks of the Academy of Motion Picture Arts and Sciences. 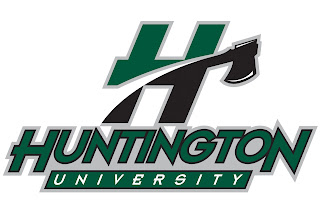