Animated Reviews: Ride Your Wave and Weathering With You

Watched a decent pair of films this month, no big surprise that both were from Japan. 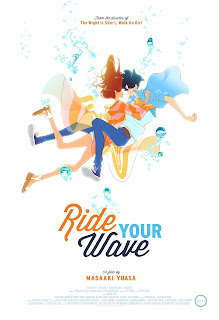 Created by Masaaki Yuasa and Science SARU, Ride Your Wave was a good movie, but it's one that I don't ever want to see again as it touches on some really emotional concepts: the death of a loved one and dealing with the resulting grief. Ride Your Wave was a sad movie about dealing with grief but it is told in a lighthearted and quirky fashion which helps ease the mood of the film and keeps it from being a depressing film. Basically, when one of the love interests dies, the main character starts seeing them in water every time they hear their favorite song. I won't spoil the rest of the story, but watch this film with a box of tissues handy. Ride Your Wave was a beautiful departure from Yuasa's earlier trippier films (like Kick-Heart and Night is Long, Walk On Girl) that showcases how he has the range to tackle more serious stories. 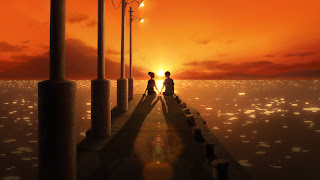 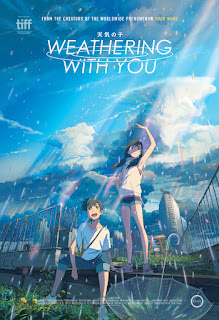 The second film was Weathering With You: the story of a pair of paranormal researchers who are looking for a girl that could (possibly) control the weather. Directed by Makoto Shinkai, of Your Name fame, 'Weathering' was a beautiful film with lots of richly defined characters. But cinematically, I still felt like I've seen it all before. Don't get me wrong, it was a decent film and well worth seeing in the theater with it's richly illustrated backgrounds and lush scenery. Maybe not one I'd buy on DVD and add to my collection, but it was a film I'd watch again, though admittedly for some odd reasons. Y'see, while the main story was interesting enough, I honestly found the subplot with Paranormal Research Keisuke Suga who was trying to rebuild his life (with assistance from his niece Natsumi) in order to be reunited with his daughter far more interesting that the main storyline. I guess that was just where my head was at when I watched it, but his story of dealing with grief while still striving to be a good father really resonated with me. 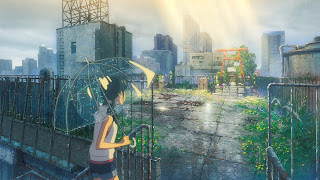 All-in-all, both films were quite enjoyable and a good watch for a rainy Saturday afternoon or an evening in.

*images from official movie presskits found on the GKIDS website