Over the New Year's holiday next month, the Detroit Institute of Arts Detroit Film Theater will be closing the year on an animated note with a special holiday screening of the Brazilian animated feature film: 'Boy and the World'. This film promises to be an audio-visual feast as it's bereft of dialogue but filled with music from the Brazilian Samba and Hip Hop scene.

The screening schedule is:

And the link to the DFT's page where you can buy tickets is right here.

Up until recently, when they shut the festival down, the only way you could see films like 'Boy and the World' was to make the three hour trek into Canada to the Waterloo Festival for Animated Cinema. So be sure to take some time to support local theaters like the DIA's DFT that are bringing us animation. Ticket sales are how they know that there's a demand for anime and that they should bring us more! :)
Posted by Charles Wilson at 10:24 AM

This year's retreat started out really well. Since the ASIFA Central annual retreat didn't start until the evening, Deanna Morse and I had the opportunity to talk about our careers in animation to local students who were there for the Mosaic Festival. Not sure if we had any future animators in the group but everyone seemed to like my car crash animations and Deanna's Sesame Street animations.

Later that night, my very own Smudge Animation sponsored the opening night party... with a little shameless promotion of my 'Women of Animated Film' blog.

The opening ceremonies were presided over and presented by our ASIFA Central President: Jim Middleton.


After a welcome to the retreat from Jim, it was time for a screening of the 'Best of the 2015 Ottawa International Animation Festival'. This was the first time we had this screening and based upon feedback from our audience, it won't be our last!

The first night over, we broke for the evening. And like last year, Deanna saved me on gas money and driving time by graciously providing a guest bedroom.
﻿﻿﻿

﻿﻿﻿The next day, we spent the better part of the morning and part of the afternoon holding a hands-on traditional under-the-camera workshop at the Grand Rapids Community Media Center.


The afternoon was going have 'Microtalks on Animation' but we were all having so much fun, we folded them into the evening show-and-tell session. So after lunch, we kept animating for a just a little while longer... Afterwards, it was back to the Wealthy Theater for the ASIFA International Animation Day screening, curated by Brad Yarhouse.

The screening was followed by the annual 'show-and-tell' session at the GRCMC where we all got a chance to talk about the projects we're working on--this time along with our Microtalks session which included Deanna's talk about her artist residency at the Studio of Key West, Jim's animation of his recent brain scan, and my talk on the 'Five Things I Wish they had told me in College.'

After we broke for dinner, as a group we descended on a local boutique pizza parlor, then it was back to the GRCMC for a quick update on ASIFA Central followed by Jim's updated presentation of Winsor McCay's Gertie the Dinosaur titled "Waltz with Me, Gertie".

Next we had Brad's talk on Motion Comics, a presentation that he had given previously to the Society for Animation Studies, where he talked about how technology is enhancing and influencing the way we tell stories using the traditional graphic medium of comic books.


We ended the evening with "Gary Schwartz' European adventures"--a presentation of his work overseas in Eastern Europe where he runs youth animation workshops, most recently in Armenia.


Sunday, we wrapped up the retreat with what is becoming an annual tradition: Brad Yarhouse opening up his home for the ASIFA Central members brunch. Much like staying at Deanna's home for the weekend, Brad's brunch is one of the things I like most about the retreat: the chance to have some real quality time talking to my fellow animators. Since our membership is pretty spread out across the Midwest, it's really nice to put faces to the names and talk shop at the retreat's events, or over tea at Deanna's when the day is almost done, or over breakfast at Brad's.

As I drove home on Sunday afternoon, I wasn't ready for the weekend to be over so I stopped off at the Meijer Gardens to see their new Japanese garden. It was relatively peaceful and I could see how much effort the designers put into making it serene and contemplative. Took lots of pictures, but as I walked around, there were no real epiphanies other than I should come back here when the flowers are in full bloom. 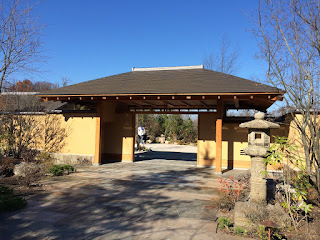 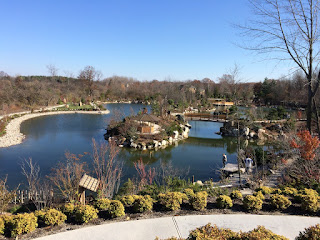 ﻿ Normally, I'd be looking forward to the Waterloo Festival for Animated Cinema as my last hurrah before the insanity of the holiday season--Thanksgiving, Christmas, and my and several of my relatives' birthdays. But with WFAC still being unofficially on permanent hiatus, the festival season was officially over and I was left walking that path away from 2015 and towards 2016 with all it's hopes and challenges. 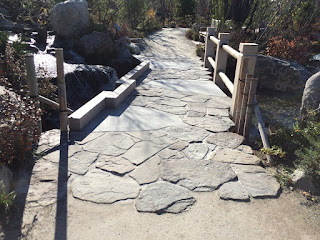