Animated Thoughts: Musing about organization (or: getting the most use out of that OCD) 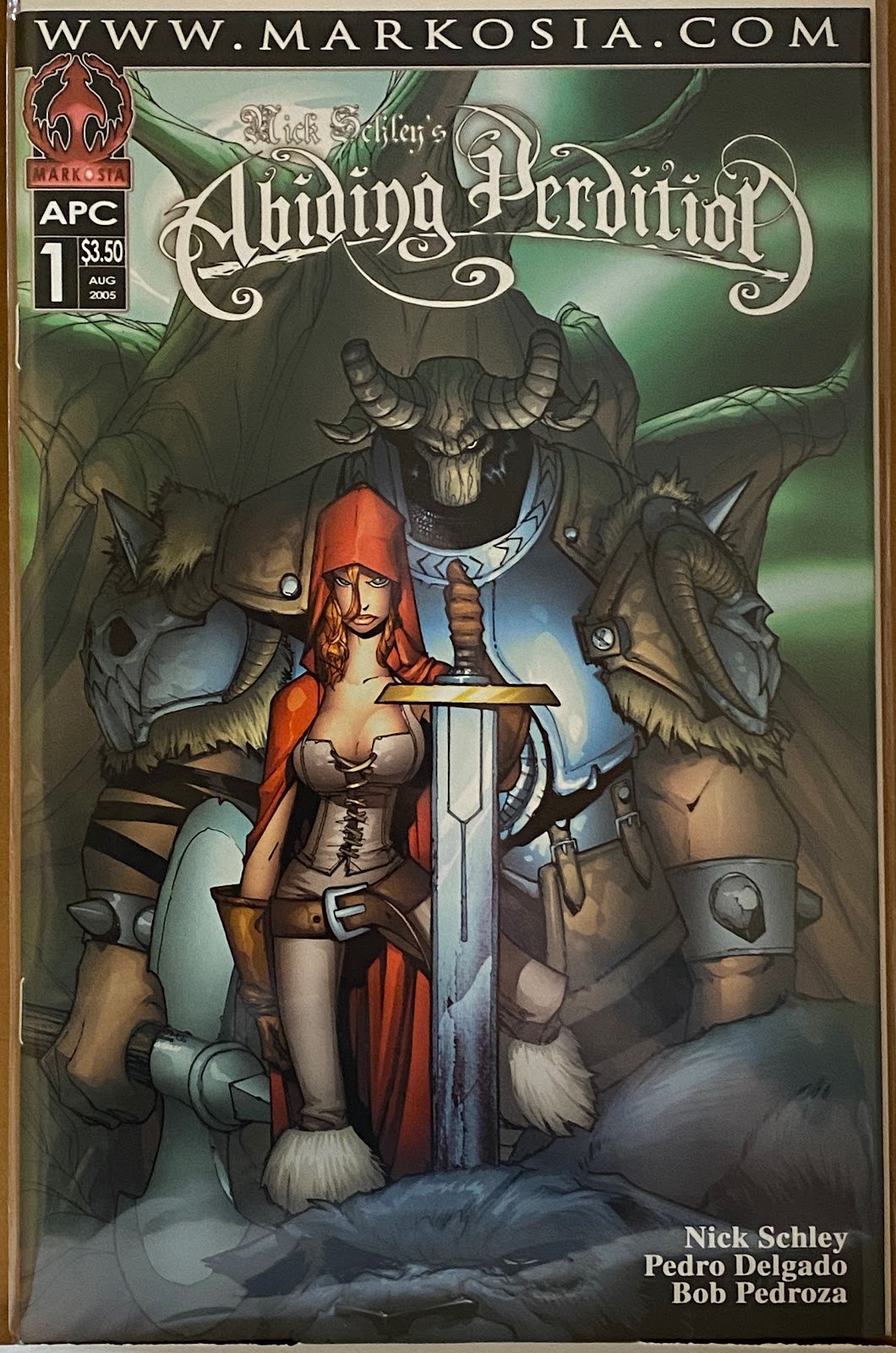 I like things organized. Doesn't matter what system is used or what is being organized, I just like being able to walk into a room and going to exactly where the thing I want is stored. DVDs, art supplies, paperwork, books, tools, anything. So long as I don't have to hunt for it, we're good. It wasn't always that way. I was a very messy child. My room, my clothes, my schoolwork, it was always a mess.
Something happened when I hit my late teens and then went off to college that caused me to become a neat-freak. I think it was learning that rooms don't magically clean themselves... and perhaps some latent OCD on my part. Over the following years, I developed a habit of pruning my possessions. I'd look at something and if I couldn't see myself using it in the next year (and hadn't used it in previous years), I'd get rid of it. Some things I kept due to the nostalgia value. Only once or twice has it bitten me in the ass when I got rid of something and within a year I realized that I needed it. But for the most part, the system worked. As I was moving in and out of dorms twice a year and travelling between states, it helped to keep my load light.

Then I bought a house.

The first thing that started to pile up in my storage closet was old, outdated computer equipment and boxes of software. Then my collections started to grow: gaming systems, DVDs and VHS tapes, books, and lots of hand-me-down kitchen supplies and appliances. Some of this stuff made sense--when I rebuilt my archive of animations and classwork from grad school, having computers that could run the software I used at R.I.T. was invaluable since many of those files couldn't be opened or read using current software. Backwards compatibility apparently only goes so far.

So, I've slowly but surely been inching forward, building order out of the chaos. All my art and animation supplies are organized (mostly) in my studio. All my gaming material is now in a series of bookshelves (yes, I still play Battletech and Dungeons and Dragons, though not as much as I would like to nowadays). The DVD collection spans a couple bookshelves, however they are all alphabetized and are slowly being digitized as I'm building a home media server--don't want to spend time hunting for something when I want it, remember?

This weekend, the organizational bug bit me and my comic book collection was the target. 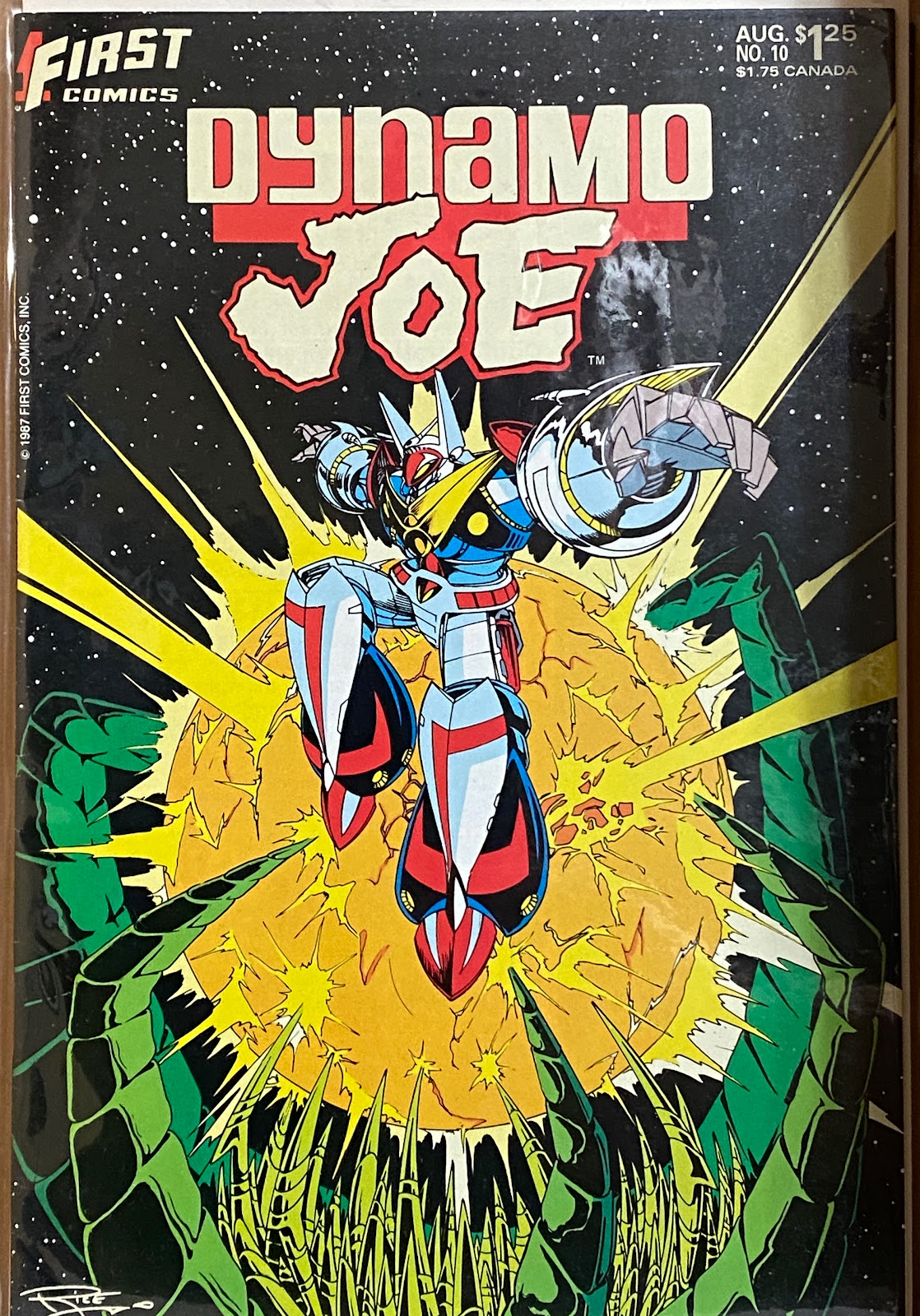 Comic books, RPGs like Dungeons and Dragons, and the miniature wargame Battletech were a tremendous help in navigating an unhappy childhood. Being a geeky introvert, I didn't have many friends growing up and was often the focus of bullies. But even though I've always been a solitary person, having something that I could escape to did wonders for my mental health. Having learned how to read at the age of two, I had already read many of the great works of Western literature by the time I was in middle school and that was when I started seriously exploring other avenues of American literature and art: namely comic books. I remember that the Marvel comics were much more relatable to me as a person as their characters seemed to have real-life(ish) problems, compared to DC comics  heroes--which seemed stuck in the realm of the idealized modern "god" who stood above the mortals and had little if any real-world difficulties. Seriously, has there ever been an issue where Batman is grousing over being stuck in traffic? No, Spider Man was always behind on his rent and struggled at his job. The X-Men were feared and persecuted for being different from the rest of society. Captain America was a transient superhero but he still had to support himself by drawing the "Captain America" comic book. Iron Man struggled with alcoholism (okay, maybe that wasn't relatable to me, but it is a real human problem). During those days, it became easy to escape into books and their world of fantasy after a difficult day, enjoying the fantastical adventures of a life I could never have (as far as I know, humans can't teleport or fly), and then reemerge when my emotions were on a more even keel and I could deal with my problems in small, manageable chunks. 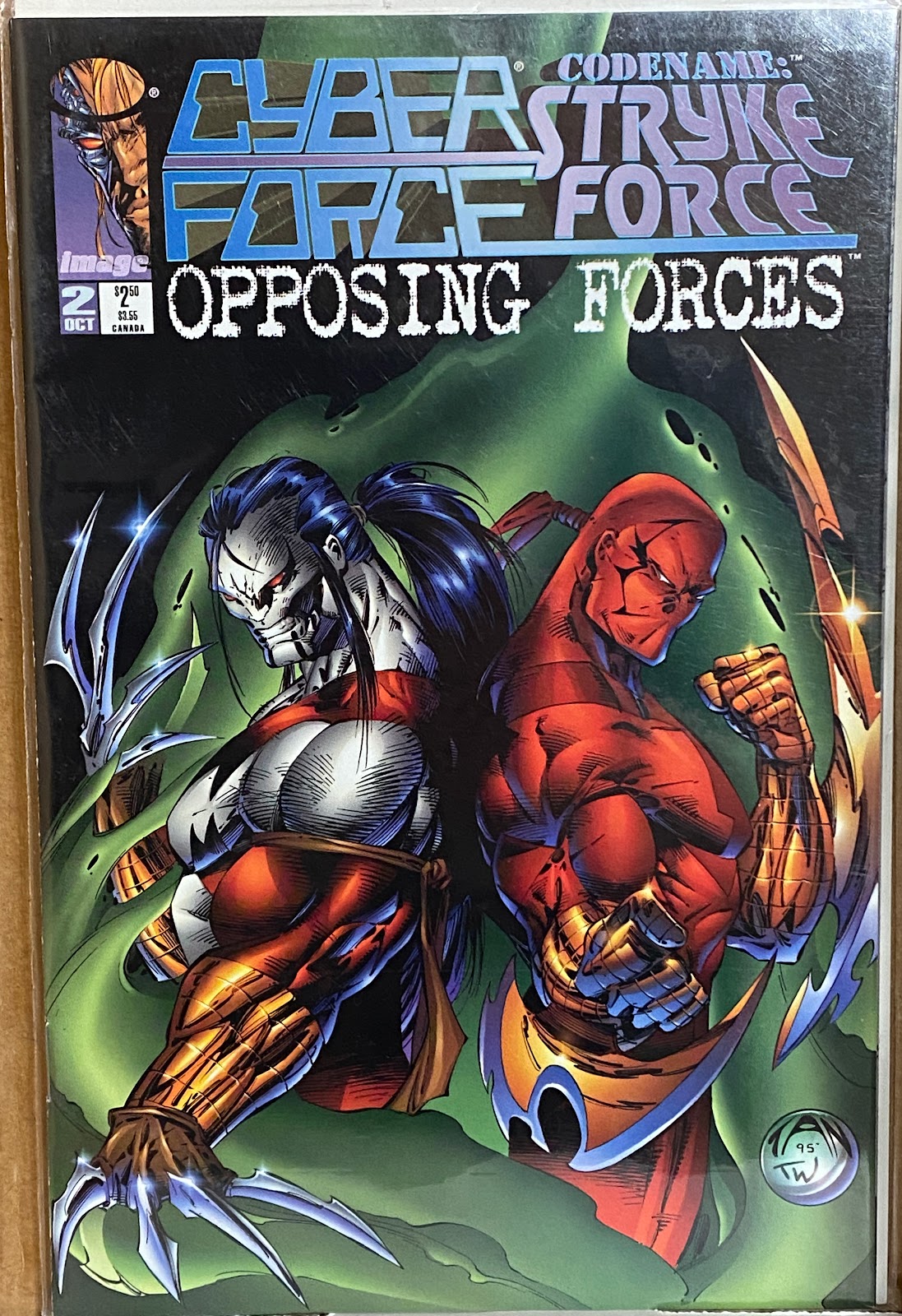 As time moved on, I kept reading comics, though my tastes matured and changed. I followed several Marvel and DC creators to Image Comics when Marc Silvestri (along with brother Eric) started Cyberforce and Codename: Stryke Force. I was also drawn into new stories when Whilce Portacio started his horror/sci-fi comic Wetworks. And I enjoyed the artwork and the stories that J. Scott Campbell was creating through his comics Gen 13 and Danger Girl. But my interest in comic book series waxed and waned over the years. Around the end of grad school, I lost interest in the direction that the X-Men storyline was progressing. New releases of Wetworks became sporadic as Whilce Portacio was helping his sister battle cancer and he put the series on hold after issue #43. It seemed like most of the Image (and their subsidiaries) crew moved on to other projects with other companies. No worries. Life is full of changes. 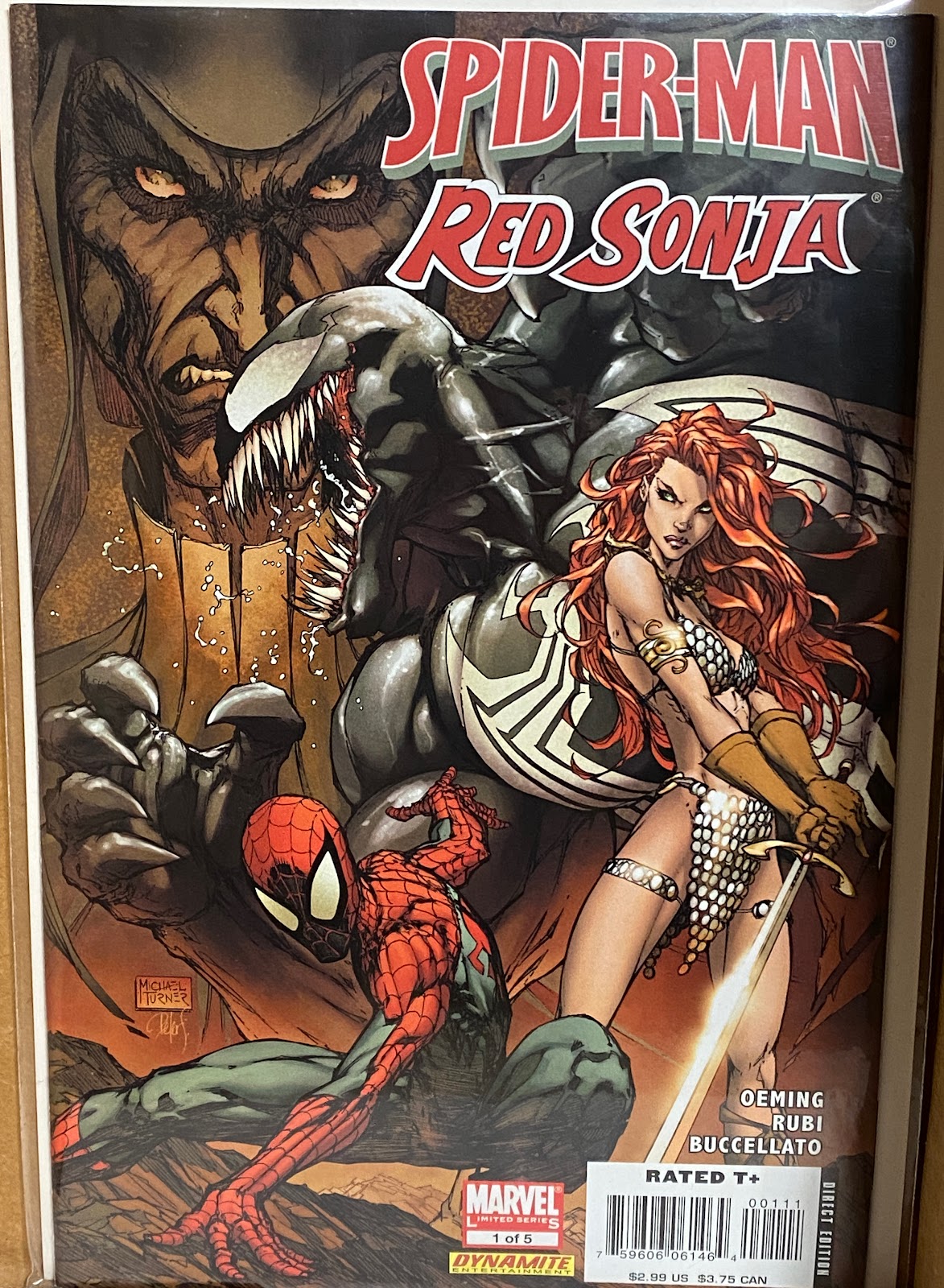 When I moved back to Michigan and bought a house, I finally had a place to store my old comics and had lots of room for new ones. I got back into reading some of the more mature stories of Heavy Metal magazine. IDW and Dynamite Entertainment both got their shot at the license to produce several runs of Red Sonja comic books. And most enjoyably for me, Marvel recently brought back a number of the old writers and artists for the X-Men (and spinoffs) and started publishing one-off side stories that took place during the 1990's run of X-Men and Uncanny X-Men--in my opinion, the period of time where the X-Men stories hit their peak. Unfortunately though, most of the series that I really got into over the past twenty-or-so years weren't popular enough to keep them going or were designed to be limited series. The issues I was able to find of Nick Schley's comic Abiding Perdition were enjoyable as was Humbertos Ramos' modern-day vampire/monster hunter series Crimson. And IDW's Transformers: Windblade and Transformers: Combiner Hunters have to be my favorite stories out of the Transformers franchise. 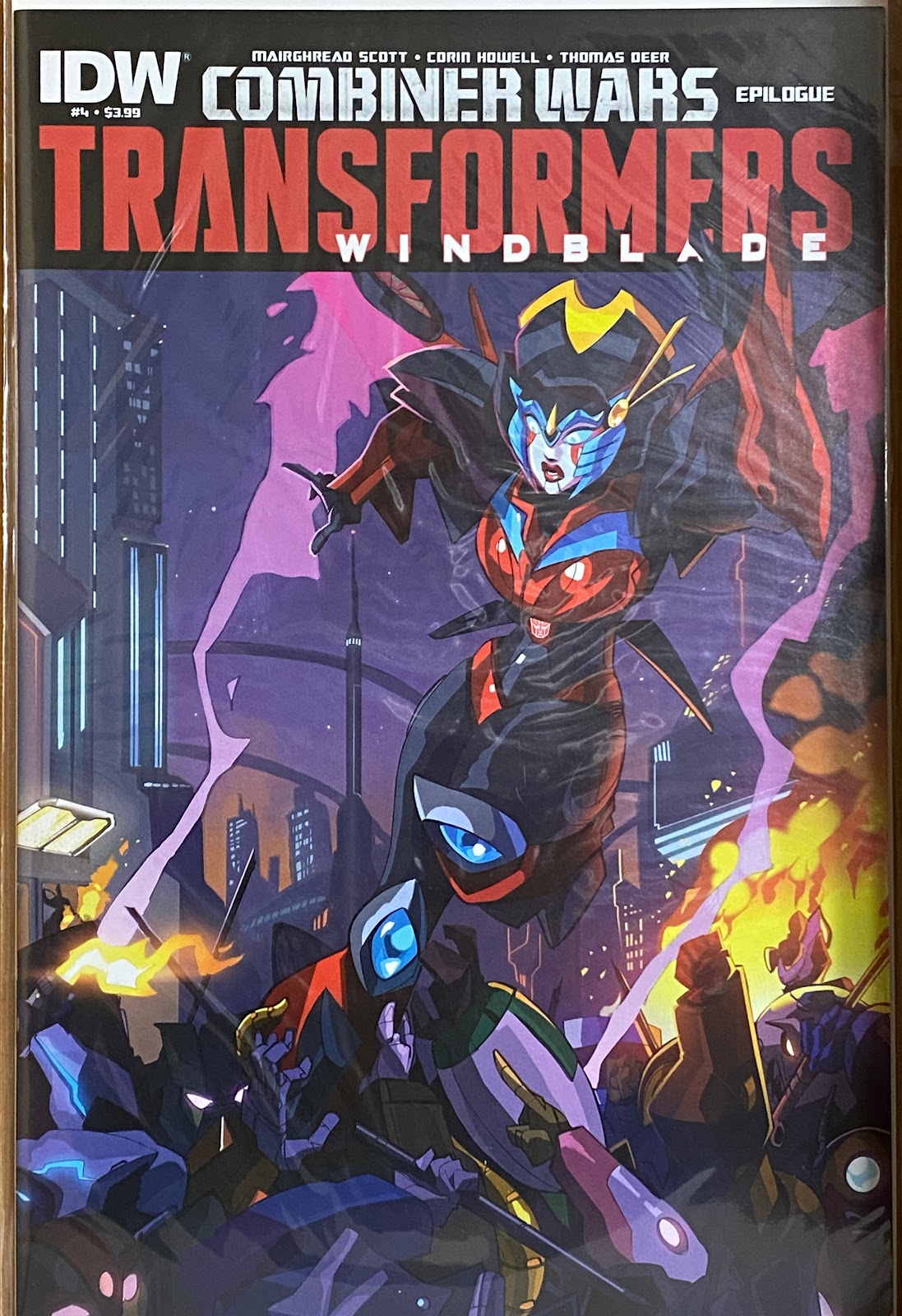 So, my collection continues to grow, albeit at a snail's pace. Dynamite's relaunch of Sheena Queen of the Jungle didn't do it for me and I stopped buying issues after reading #3. I'm still following a couple of Dynamite's Red Sonja titles (could use a little more 'Conan' in them, but Marvel's got that license at the moment--that and I wish Dynamite would do another run of 'Steampunk Red Sonja' like they did in the Legenderry series). I still peruse the shelves at Summit Comics and Games every Wednesday night to see if there's a title that catches my eye (Frank Cho's Fight Girls was entertaining, as was the D&D comic Mindbreaker).  And I'm using sites like MyComicShop.com and MileHighComics.com to fill gaps in some of the more obscure series--like First Adventures #1 which has a side story featuring the giant robot adventures of Dynamo Joe.

But how do you keep track of everything you've bought and read over 45 years (and stuffed into almost twenty boxes)? Well, I played with different apps and spreadsheets over the years. None really worked for me. That was until I created an account on the LeagueOfComicGeeks.com website. I was previously using their site to learn what comics I could expect to see in the stores that month (helps to budget out that entertainment dollar). So I decided to take the plunge and explore some of their other options, like managing my pull list with Summit Comics and Games. Then I decided to take their iOS app for a spin. I had tried to use another app to index my collections, and while it worked great for DVDs, it wasn't robust enough to handle my comic book collection. That's not to say that the LoCG app/website is perfect, it isn't. But it works well enough for me to have processed five boxes containing 850 comics over three days. Clearly, I have a long way to go before my entire collection is indexed. But I have to say that I'm really enjoying the walk down memory lane as I process each series and enter them into the database. 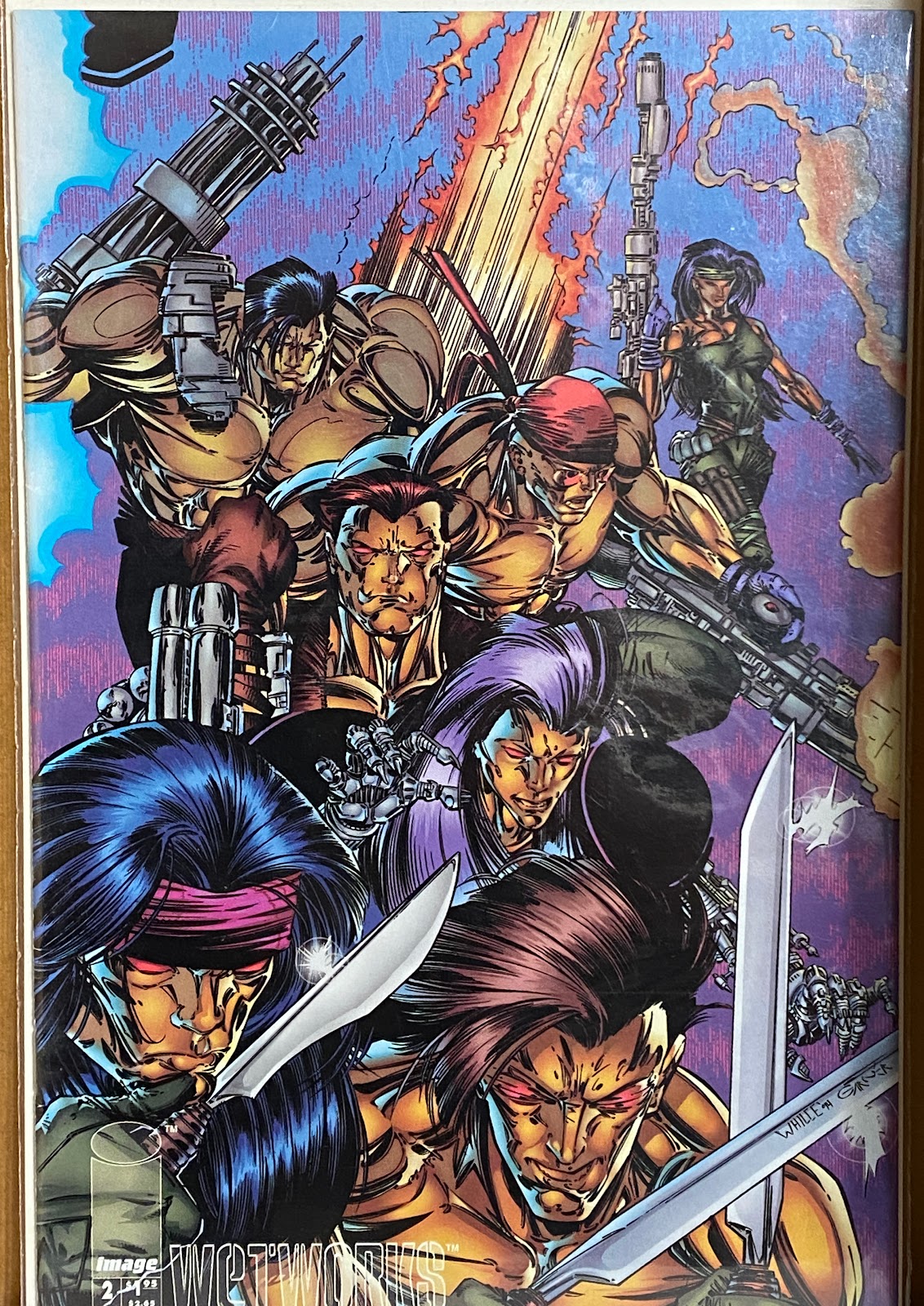 The thing I like the most about the app? It's that my comics are no longer sitting in boxes, languishing in that 'out of sight, out of mind' headspace. At a moment's notice, I can pull out my smartphone, load up the app, and browse through forty-five years of collecting comic books, having a smile as I reflect on a story that touched my heart or a panel of artwork that made my jaw drop at its beauty or a great character that inspired me to be a better person.

Someday, I will die. I've already made provisions to leave my comic collection to a library. So hopefully, years from now (well, hopefully many, many, many years from now), someone will sit down at a table with a stack of comic books from my collection and enjoy reading them as much as I have.