Given how toxic the culture had become after the 2016 elections, I did my best to disengage from the venomous and vitriolic rhetoric that had infested my country (and others). I tend to hold both my political and religious beliefs and positions very close to my vest. They are no one's business but mine and I don't really care about everyone else's. Those people whose opinions I value already know that they can discuss such matters with me. And those whose opinions I don't care about get tuned out (though I will, on occasion, engage with them so long as they are polite).

But 2016 had reached new levels of stupidity. So much so that I had to walk away and let the culture run headlong towards the edge of the cliff. Reason had apparently fled and the nation was gripped with what I could only describe as insanity in its purest form.

Artists usually seem to thrive in such environments as they ply their trade, making art that mocks (or demonizes) one side or another. Personally, I find it all exhausting. So for 2017, I took some admittedly extreme measures to protect my own sanity and recharge my creative energies from what was an all-time low. I postponed my yearly women animator interviews. I left one animation group that had lost their focus on the art of animation and embraced the political climate becoming toxic in the process. I avoided most animation festivals so I wouldn't have to endure political venom during what would normally be an enjoyable escape into a wonderful world of imagery and storytelling. And I swore off most movies, not wanting to have someone's political views rammed down my throat. Instead, I looked for opportunities that would feed my artistic nature and get me back behind the camera, animating.

Fortunately, such opportunities are there if you look for them.

I was offered a tremendous blessing in January which enabled me to get out of town entirely, and get out of my comfort zone, when Steve Leeper invited me to spend two weeks teaching a course on the history of women animators at Huntington University.


Also in January, animator, instructor, and historian Ray Pointer released his long awaited book: The Art and Inventions of Max Fleischer. Co-hosted by Kendall College of Art and Design and ASIFA Central, Ray held his launch party at Kendall in Grand Rapids.


Throughout the year, ASIFA Central was a godsend as there was always some animation event to attend, whether it be Ray's book signing, International Animation Day, the Vladimir Lesciov lecture and screening, or our annual Animators Retreat.


In March, it was back to Grand Rapids as every late-Winter/early-Spring, Meijer Gardens has their yearly 'Butterflies are Blooming' event where you can walk around and spend time with the butterflies. 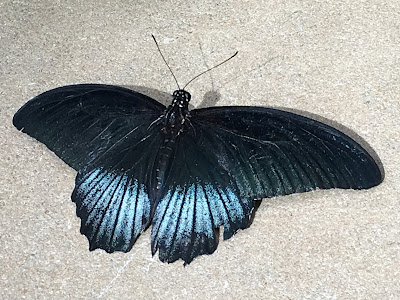 At the end of January, Meijer Gardens has their annual Orchid show -- which I unfortunately didn't learn about until later on in the year. But it did explain why there always seems to be some orchids in the butterfly exhibit. It's now on my event calendar for 2018. 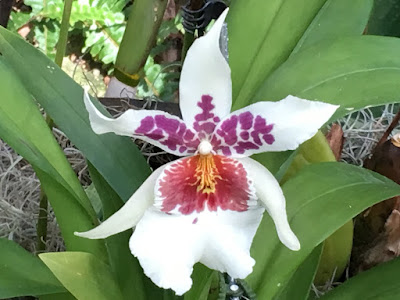 I made sure to spend time with 'my people' during March and again in August for Shuto Con and Gen Con respectively.


As a tribute to the anniversary of Gen Con and it's founder Gary Gygax, there was a beautiful display that discussed Gary's impact on gaming as well as history of gaming through the years.


In June, some friends of mine (who are historical reenactors) and I travelled to Ontario and visited the Aquina Tank Weekend. Being somewhat of a history buff and someone who was raised on a steady diet of giant robot animation (yes, the Combaticons are my favorite Transformers), the opportunity to gather photo and video references of tanks and artillery from World War I to present day was too good to miss, though I came out of it with a very bad sunburn.
﻿

September found myself making my yearly pilgrimage to the Ottawa International Animation Festival by way of Toronto.

It was in Toronto that I felt the gears start to turn again and at long last, I started drawing at the Royal Ontario Museum. 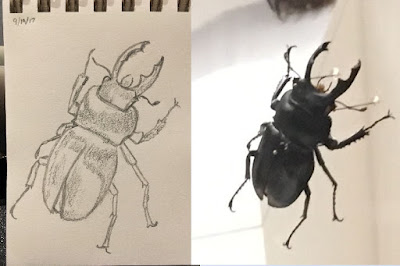 But it wasn't until I went back to RIT for our 2017 homecoming (my 20-year anniversary) that I really felt ready to start animating again. A quick trip to the local camera shop for a tripod and an even quicker trip to Amazon.com for a smartphone tripod mount and I was ready to do some simple time-lapse/stop-motion animation during one of the homecoming art events.

On the way back home, I even found time to visit the Niagara butterfly conservatory and make some new winged friends (and get lots of photo references). 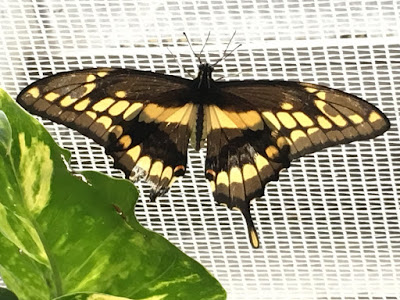 All through the year, I made several trips to the Detroit Institute of Art, but many more from October to December in order to see the Monet exhibit which highlighted works of art by Monet and Renoir during their time in Argenteuil.


But, as the year started to wind down, opportunities started to wane. So I made my own. I don't play the video game Overwatch. But I love the cinematics and the backstory of the characters and the game universe. So when I found out that Blizzard Entertainment had hired local artists to paint a mural in Ann Arbor to promote their game, I took a day trip down there on one of the last days of good weather we had here in Michigan. 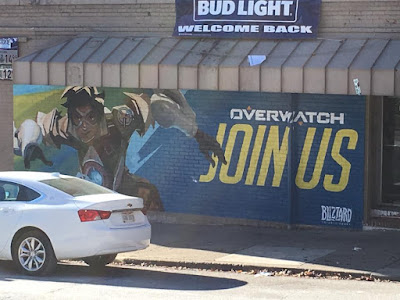 And it wouldn't be a year without adding some music to my event calendar. Also in November, I took my little brother to the Magic Bag in Detroit in order to see the Cybertronic Spree perform live.


Taking time this year to recharge enabled me to enjoy some triumphs, like finally getting my DSLR camera to work with Dragonframe so I can do more under-the-camera animation for myself as well as animation workshops for ASIFA. But it also gave me the strength to deal with the occasional heavy hit, like discovering that I was missing a whole half of my interview with Grandma Shults due to a technical glitch -- which means that I didn't have the dialogue/narration from one of her experiences as a child that I wanted to make into an animation. With her passing, that story is gone forever.

As I close the book on 2017 and look forward to 2018, nothing has really changed in the culture. Everyone is still acting like they're mentally unhinged. But I feel like I have the emotional reserves to let all the insanity slide off my mental armor so I can get back to what's really important to me: animating.

Now that my DSLR camera is working with Dragonframe and I have the latest version of OpenToonz working on my computer, it's time to get back to work. My goal for 2018: make one animated film every month. Nothing festival-worthy, mind you, just something under the camera that allows me to experiment, learn, improve and enjoy my craft.

Don't know about the rest of the world, but 2018 is shaping up to be a good year for me.


If you're looking for something animated to do during the upcoming holiday weekend, the DIA's Detroit Film Theater has you covered!

1. While all three films start at 2 p.m. on their respective days, an all-ages tea party will be held before the show begins. The tea party starts at 1 p.m. with complimentary beverage and snacks available for purchase.

2. All three screenings are FREE to the public!

On December 29th, they will be showing Napping Princess.

"GKIDS proudly presents the latest film from visionary director Kenji Kamiyama (Ghost in the Shell: Stand Alone Complex), coming to select US cinemas this September. NAPPING PRINCESS is a thrilling sci-fi fantasy set it the near future, which follows the journey of a young girl, Kokone, and her friend Morio, as they set out to find Kokone’s missing father who has been accused of a crime. Kokone soon realizes she must tap into a world only accessible through her dreams in order to solve the mystery."

On December 30th, they will be showing April and the Extraordinary World.

"Paris, 1941. A family of scientists is on the brink of a powerful discovery when a mysterious force suddenly abducts them, leaving their young daughter April behind. Years later, April carries on her family’s research in secret with her cat, Darwin, but soon finds herself at the center of a shadowy conspiracy and on the run from government agents, bicycle-powered airships and cyborg rat spies! A rollicking adventure set in an imaginative alternate universe, April and the Extraordinary World is "beautiful, inventive and uncannily satisfying!” (Glenn Kenny, The New York Times) (Original Title - April and the Extraordinary World) - 2016 Universal City Studios. All Rights Reserved."

And on December 31st, they will be showing Studio Ghibili's Whisper of the Heart.

"Shizuku Tsukishima is a bit of a book-worm, spending her last summer vacation in junior high school reading and translating popular foreign music into Japanese. With aspirations to one day become a writer, Shizuku can't help but notice that the name Seiji Amasawa appears on every one of the books she borrows from the library.

Through a series of curious and magical incidents, she comes to meet Seiji and discovers he has dreams of becoming a famous violin maker in Italy. While their life-long goals pull them in two different directions, Shizuku and Seiji are determined to remain true to their strong feelings for one another."

So if you're looking for a chance to escape the weather over the holiday weekend, why not spend it watching some of the best animated films the world has to offer?

The Detroit Institute of Arts Detroit Film Theater is located at 5200 Woodward Avenue in Detroit, Michigan.