Well, the Summer festival/convention season opened for me in June and once again, I found myself heading across the border to Toronto so I could absorb some animated culture, study my craft, and network with colleagues.

This year was a little different as I had passed a major milestone in my life. After seventeen years, I had finally paid off my student loans.

So, to celebrate this monumental achievement (monumental, given how much I owed on my education AND how long it took me to pay it off), I decided to skip GenCon this year and instead take the train from Windsor into Toronto for Ben McEvoy's Toronto Animation Arts Festival International (also affectionately known as TAAFI).

It was an easy decision to make when I saw them list a panel discussion on Women in Animation along with several lectures by women animators, directors, and producers. Figuring that at the very least, I'd head out there for the day on Monday and then drive back that night, at least I would get to see the four sessions that interested me most! Then I received a residual check from a client that was much more than I had expected. Over the span of several days, I made hotel and train reservations, bought a pass, registered for events, and visited my bank to make that final money transfer to my student loan service provider. The day before I drove to Windsor, the money transfer went through and I was able to see the balance listed as $0.00 in my account.

TAAFI would become my reward to myself for not only making it through eight years of higher education, but also going through seventeen years of student loans without ever defaulting and only being late on my payments three times. And oh what a reward it was! I've only missed attending one Ottawa International Animation Festival since 1994 and have visited many others across the Great Lakes region and Ontario and I have to say that TAAFI is the only festival I've ever been to that can match the OIAF in sheer enjoyment and return on investment. 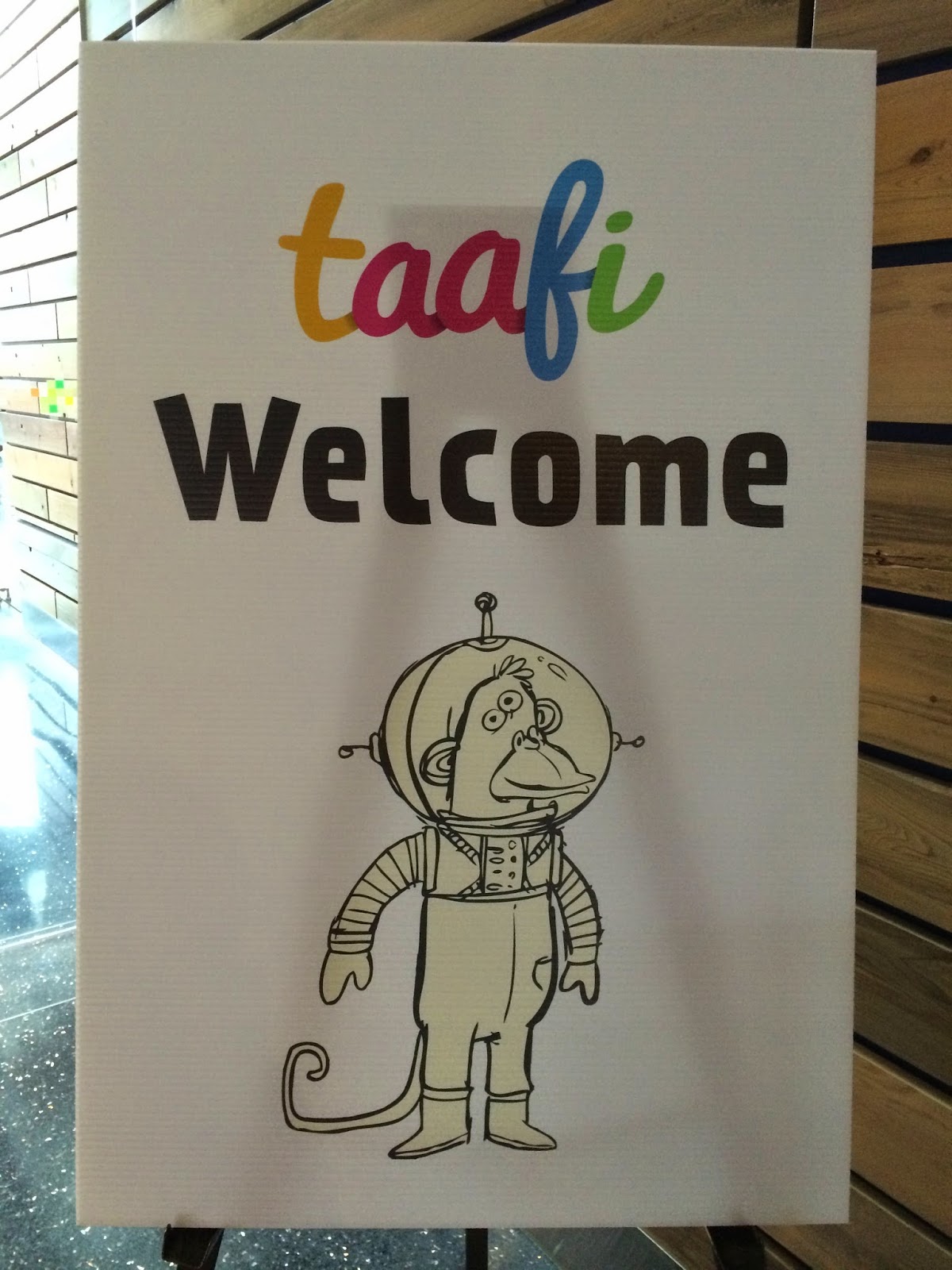 Held down at the waterfront of Lake Ontario in the Corus Quay building and George Brown College, TAAFI really strives to have something for everyone whether you're there for screenings, lectures, workshops, networking, or to do some shopping at their artists alley/dealer's room.

Easily, one of my favorite events at Ottawa is the Saturday professional development classes and workshops. It is on Saturday that they bring in animators from all over the world to discuss topics relevant to our careers. Rather than limiting it to just one day, TAAFI spreads it out over all four days! 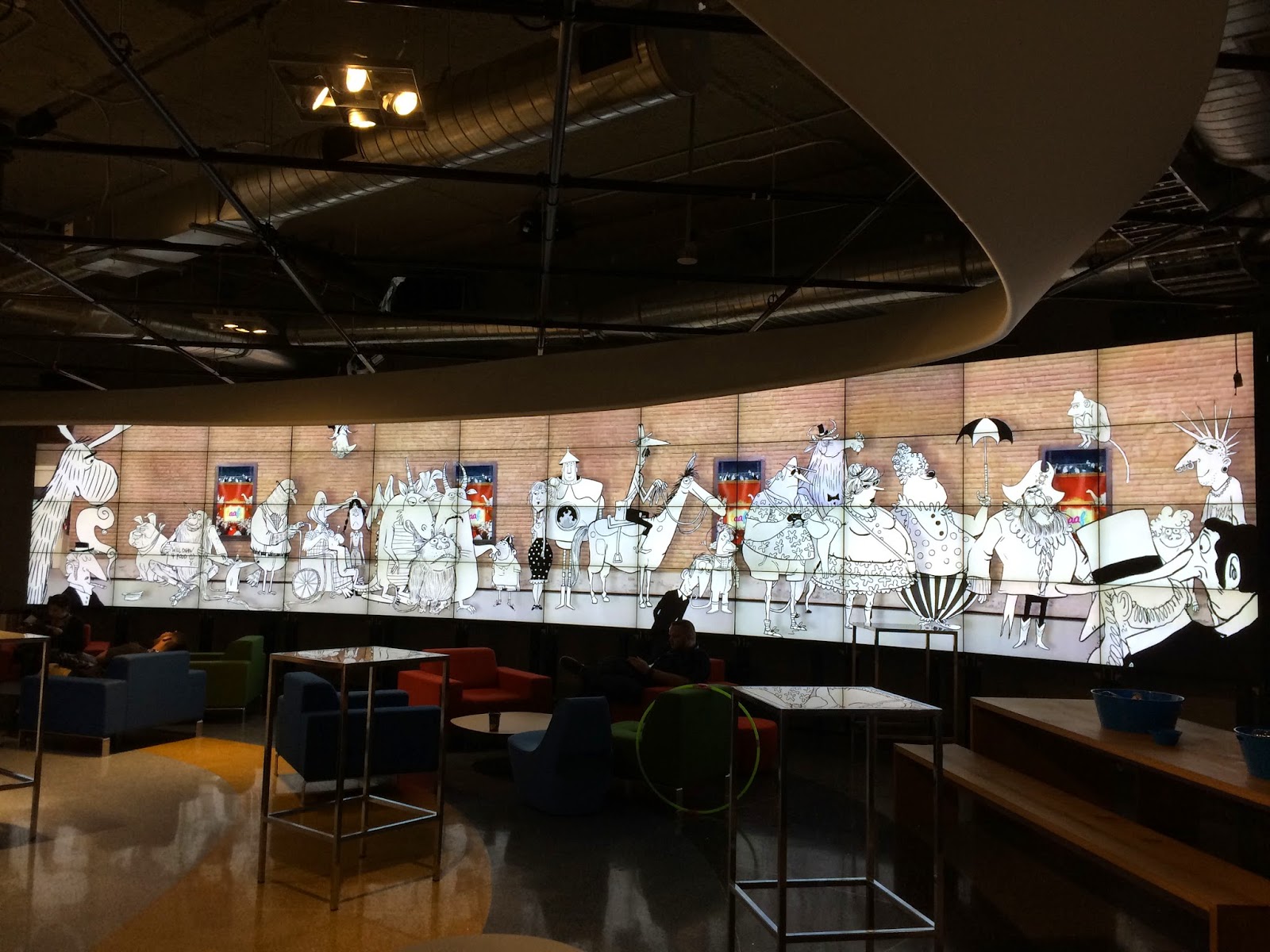 I immediately found myself sucked in to lectures and roundtable discussions that ranged from improving our ability to tell a story:

to examples of character design:

to the business of animation:

"How Not to Get Screwed" presented by Stephen Silver
"Creating Success" with Dave Cooper, Mike Geiger, Natasha Allegri, and Michael Rex

how to survive and thrive within the industry:

and how the landscape of animation instruction is changing: 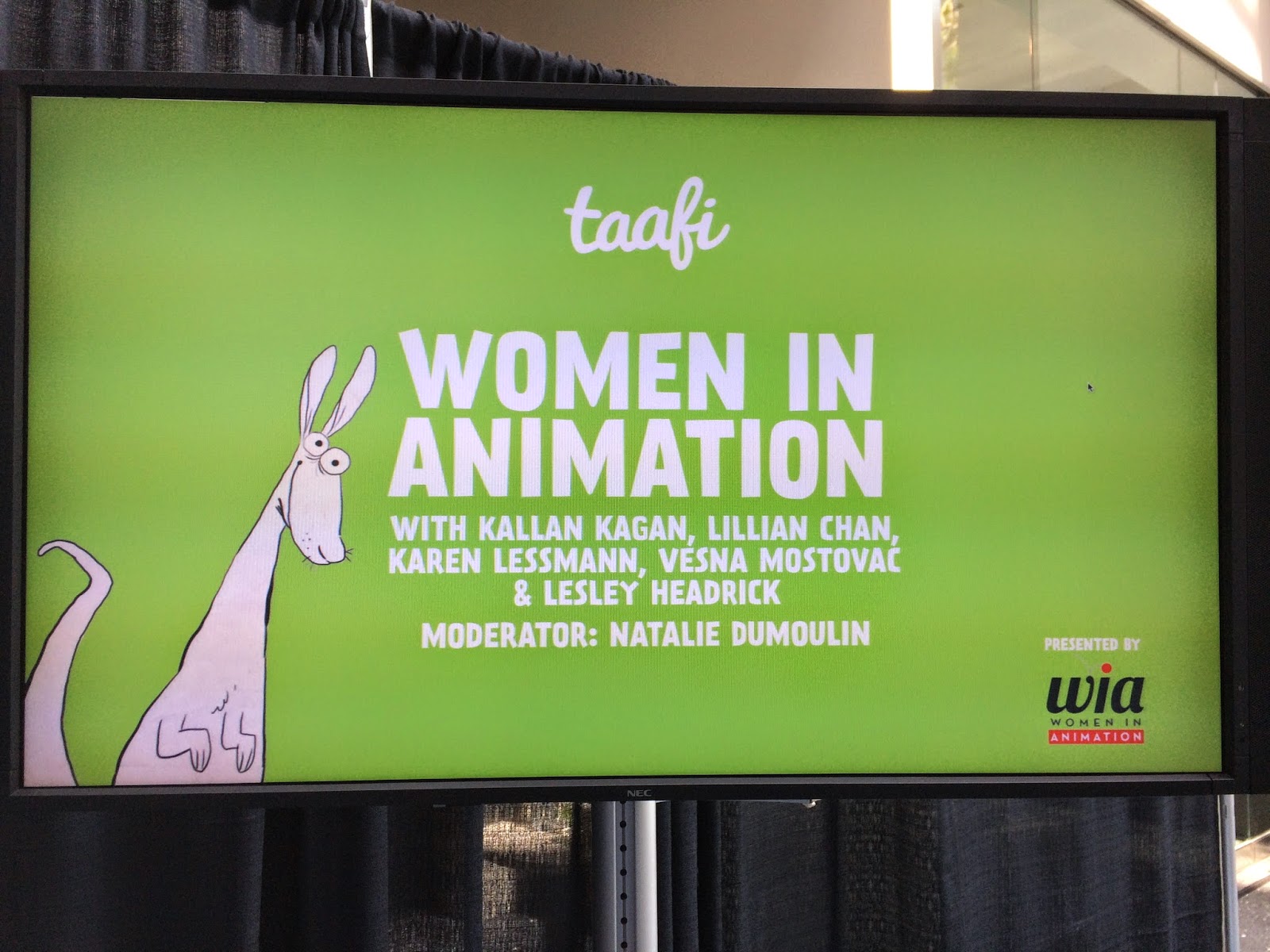 But for me, the highlight of the weekend was "Women in Animation" a roundtable discussion with Kallan Kagan, Lillian Chan, Karen Lessmann, Vesna Mostovac and Lesley Headrick, curated by Michelle Melanson-Cuperus of the Toronto-Montreal-Ottawa branch of Women in Animation. 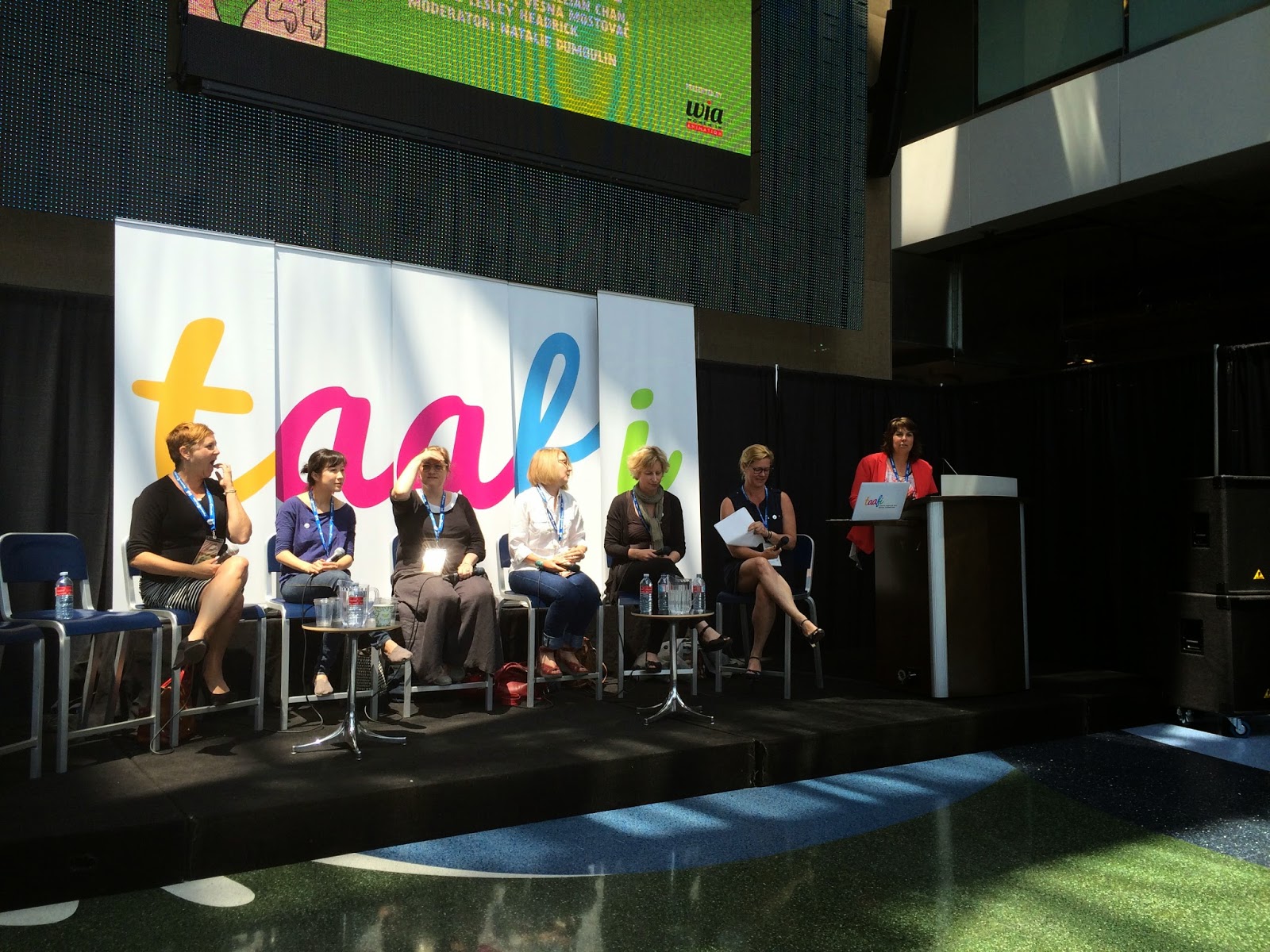 I was very fortunate that although many of the lectures and talks had to be restricted due to agreements with studios, Michelle allowed me to create an audio recording of this talk. Completely understandable as studios don't need their animators talks recorded and spread all over the internet where they can be taken out of context and used to create controversy where none exists all in the name of selling advertising.


The discussion was very refreshing as the ladies confronted many of the issues a young lady who wants to become an animator will face in her career along with some that are just good general advice: don't burn bridges and the importance of networking. One that I especially appreciated was when the discussion confronted the issue of managing your career while managing motherhood--work/life balance. One of the panel members discussed how you really have to make choices on where you're going to focus your energy. In her life, she admitted that, though married for 13 years, she made a conscious decision to not have children. And I think it was a very important thing that needed to be said. I'm not going to pontificate about how life is a zero-sum game that is dictated by the limited amount of time that we have access to. Still, it was very important for issues like these to be stated and discussed openly as the industry landscape changes and we see more and more girls looking towards animation as a viable career choice.

A special treat while I was there was that I got to meet Nancy Beiman in person. Nancy was one of the first female supervising-animators in the business (including at Disney and Amblin Entertainment). Nancy was kind enough to take a couple moments out of her schedule and clear up some information about who was the first female supervising-animator at Disney and where she fit into the line-up.

While I was there, I had the opportunity to see Bill Plympton's new film Cheatin'. Wow! Bill's visual style has come a long way from the Tune and So I Married A Strange Person. The animation and rough drawing style was still distinctly Bill Plympton, but the lush digital watercolor-style coloring and the more serious tone to the story kept his work feeling fresh. I'll be very interested to see if he gets an Oscar nod in 2015.

As I sat on the train back to Windsor, where I would pick up my car before making the final leg back to East Lansing, I looked over my journal which was overflowing with notes and compared it to the actual breadth of events that Ben had scheduled into TAAFI. I felt very content with what I had seen and done, but it was clear that I had missed a lot of what was available. Just looking at the selection of animated shorts that they showed, well, next year, I'm definitely going to make time for some animation short screenings and attend a workshop or two.