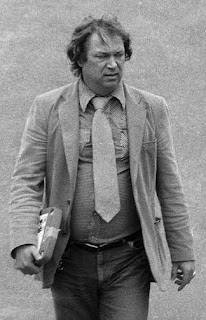 As I've probably stated before, Erik didn't shy away from teaching me life lessons apart from what we learned in classes. And he was pretty honest about his mistakes, especially the occasional unintentional gaffe. One lesson that he spoke of, I really took to heart.

Erik was friends with one of the Computer Science professors who taught computer graphics. Although I don't remember her name at this point, she was the person whom I had met online back in the day and had introduced me to Erik. I had made an inquiry on a CGI BBS about furthering my studies in computer animation and she was the one who responded. After I replied to her e-mail, she said that Erik's program would be a better fit for what I wanted to do since her program was more geared to the hard-core programming end of computer graphic imagery--basically people who would end up becoming Technical Directors in the programming department of animation studios or doing scientific visualization, things of that nature.

Well, Erik mentioned that during a jovial conversation they once had, he made an off-the-cuff joke about having a crush on her. This was after it was made clear from the conversation that their senses of humor were pretty similar. As she was married, and he didn't have a thing for her anyways, it was obviously a joke. However, he felt that she kind of ghosted him after that. Erik stated how he wished he hadn't said that to her. And it wasn't a 'being unprofessional' thing, after all it was just a humorous remark told during a friendly conversation between two colleagues who were kidding around at the time. But he still felt pain over missing out on a good friendship because of how his remark may have given her the wrong impression.

Simply put: it was a moment of light-hearted humor that unfortunately cost him a friendship with a respected colleague.

I had a similar situation with an associate about a year later while I was still working at the R.I.T. Research Corporation. We were all joking around over lunch and she said something that set the table alight with laughter, something that showed how in tune our senses of humor were. I chuckled and said "if you weren't married I'd be chasing after you something fierce." She laughed, I laughed, and the conversations at the table moved on. However, remembering Erik's story, I went to her later that day just to set the record straight--that I wasn't hitting on her, I just appreciated how in-sync our senses of humor happened to be. She laughed it off and said it was okay, she knew exactly what I meant. And I believe her as we remained friends/professional acquaintances throughout the rest of my time at the RITRC.

*  *  *
Photograph from Andrew Davidhazy's Retired Professors and past colleagues from the School of Photographic Arts and Sciences at RIT webpage. 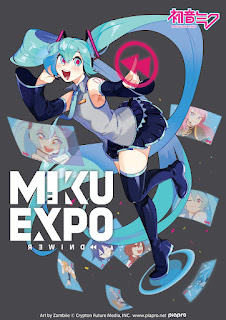 Had another unexpected animation event occur this month. I loaded up Facebook to see what my friends were up to and was presented with an advertisement for another online Mike Expo concert for the following week.

Well, far be it from me to miss out on some Vocaloid action -- especially from the comfort of my own home theater!

This concert was to be a little different from prior ventures. Instead of broadcasting a show (pre-recorded or otherwise), they did a 'greatest hits' screening that included live-action footage from in-person concerts along with footage from the pre-recorded Miku Expo 2021 show that was streamed on the internet.

All I can say is: you know that it's going to be a good show when the first four songs they play were some of your favorite Hatsune Miku songs of all time. 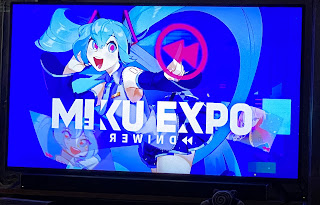 Buraikku Jikorizer - Jizasu-P(WONDERFUL*OPPORTUNITY!)
ungray days - tsumiki
Inappropriate Lady - OSTER project
Reload Words - sat(Katakuna-P)
Highway Lover - mikito P
Highlight - KIRA
Thousand Little Voices - Vault Kid & Flanger Moose
Lucky*Orb - emon(Tes.)
Out of respect for the content creators, I won't post any of the video recordings that people have made of the event, rather the trailer for Miku Expo 2022 is below. With the song listing above, it should be pretty easy for anyone to jump on YouTube and explore the songs that were played during this concert.

One of the real interesting things that they did for this event was host a virtual museum of artwork and videos from prior concerts and a timeline of Miku Expo, but in a VR style setting. As of this writing, the MIKU EXPO Rewind Gallery is still live and accessible through the following link (https://paint.mikuexpo.com/rwgallery/), but I have no idea how long it'll be around. I found the navigation to be rather clunky but the overall experience was a fun one and brought back some great memories from Detroit, Toronto, and my own home theater.

I actually had an idea for something similar like this back in the mid-90's using VRML, the Virtual Reality Markup Language, but never had the opportunity to explore it. I'm rather excited seeing how others have had the same idea and run with it. I can't wait to see how Miku evolves as time progresses, the technology evolves, and people explore their creativity using the Vocaloids.
* * *
Posted by Charles Wilson at 12:00 AM