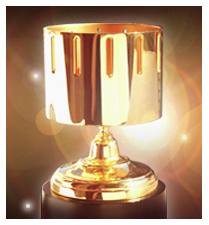 It was a good day for animation.

This weekend was the 49th annual Annie Awards, a celebration of animation's highest honors presented by ASIFA Hollywood. And it was also the day that animation luminary Ron Diamond hosted a private screening of the Oscar nominated animated short films -- and members of ASIFA were invited!

Given the restrictions that the DIA's Detroit Film Theater were still imposing on those of us who couldn't safely get the jab or had natural immunity, making my yearly trip to the DFT to spend a day appreciating some art before watching the Academy Award nominated short animated film program, well, it wasn't going to happen.

Fortunately, it was Ron Diamond to the rescue! Ron runs the Animation Show of Shows, a yearly curated program of animated short films that gets shown at arthouse theaters and colleges all across the country. So, this year he had a program dedicated entirely to the Oscar animated shorts. And as a member of ASIFA Central, I was sent a code to their website where Ron opened with a discussion about the awards and the films we'd be watching, followed by the program, and bookended with live interviews with some of the filmmakers. It was a good start to the day!

Later that evening, the Annies were streamed on their website. Everything was pretty much pre-recorded since they wouldn't be live streaming from the Royce Theater again this year. But, it is what it is. At least we were able to enjoy the show online rather than not at all. If you didn't get the chance to watch the show during the first broadcast(?), it can be viewed on the online in its entirety at: Annie Awards - Watch It Live and you can also download this year's program book on the same page.

And, thus, my yearly 'random thoughts I had while watching the show':