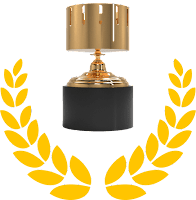 Sadly, due to the lingering travel restrictions preventing me from attending animation festivals, this is the first time in recent memory that I haven't seen any of the nominees. On the bright side, I do have Netflix, so a private screening of Wendell & Wild and My Father's Dragon is in my future.

Congratulations to all the nominees. I look forward to seeing who wins in February. You can see a full list of the nominees and watch the ceremony streamed online at: https://annieawards.org.

It was kind of a light year for animation.

Other than teaching my class, I had watched a fair number of animated films over the past year (and a couple series) but hadn't done much animation or even produced anything artistic. My paintbrushes sat unused on the desk. The light table collected dust. Even old animations went unarchived. I did paint some miniatures for wargaming, however. But other than practicing color coordination, it really doesn't help me grow much as an artist.

I did write some scripts and stories this year--nothing that I'd ever publish or anything, really more dealing with honing my skills and getting some ideas out of my head and onto the page.

Most of my efforts this year were dedicated toward historical research for changes and updates to my animation history class -- and those efforts paid off that Fall semester. This was easily the best class I have taught so far. Sadly, a lot of the updates were notations of animators who had passed away in the previous year. However, there were some areas where I was able to refine and clarify information -- like the history of animation registration pegs -- and another where I added a brand new assignment covering the history of major animation patents. And I had enough time left over to add a new lecture for the last day of class -- lots of advice from my personal history on where and how to land a job in the industry.

With Fall semester over and grades submitted, I ended my year with a trip to DIA. I hadn't seen the big Van Gogh exhibit yet and it was leaving by the end of January. Unfortunately, the exhibit was sold out by the time I bought my ticket. But, a trip to the DIA is still at trip to the DIA so I was still able to wander around and appreciate the art.

Looking forward to the new year, I think I'd like to get back to the basics and work on a lot of those foundational skills: line and brush work, watercolor, gesture drawing, things like that. Going into the Fall semester this past year, I talked with one of my colleagues about how fun it would be to produce a short animated film -- with production starting at the beginning of the semester and then showing my students what I had completed by the end of the semester. Given that my history class is being downgraded to a 200 level course, it will free up some time that I would've otherwise spent grading the daily writing assignments. I think that next semester, it'd be a good lesson for the students to see what you can produce in four months. Leading from example and all that.

Enchanted by the Flint Institute of Arts

So my housemate discovered a fantasy exhibit close to town. Over at the Flint Institute of Arts, they had an exhibit titled "Enchanted: History of Fantasy Illustration". I was busy, and it never seemed to be the right time, but over Thanksgiving break, I finally had a short block of free time so off to Flint I went.

I have to say that while I enjoyed the exhibit thoroughly, I must admit that I was hoping for a little more Frank Frazetta. An exhibit on fantasy illustration and only one Frazetta painting? Well, I guess that this just means I need to plan out a trip to the Frazetta Art Museum in Pennsylvania or the Frazetta Art Gallery in Florida.

The following are a couple of my favorites from the exhibit.

Definitely need to visit this exhibition again. There was so much to see that I don't really feel like I had to take it all in. Perhaps on my birthday...